The Healthy Planet Radio Show has been airing on WUSB, 90.1 FM, since January of 2007. It immediately follows Democracy Now! during “drive time,” from 6 to 7 PM on the first and second Fridays of each month. HealthyPlanet’s Bob DiBenedetto has been sharing self-empowering, world-changing information and interviewing the leading voices from across the US on the most pressing health, environmental and social issues challenging our society today. 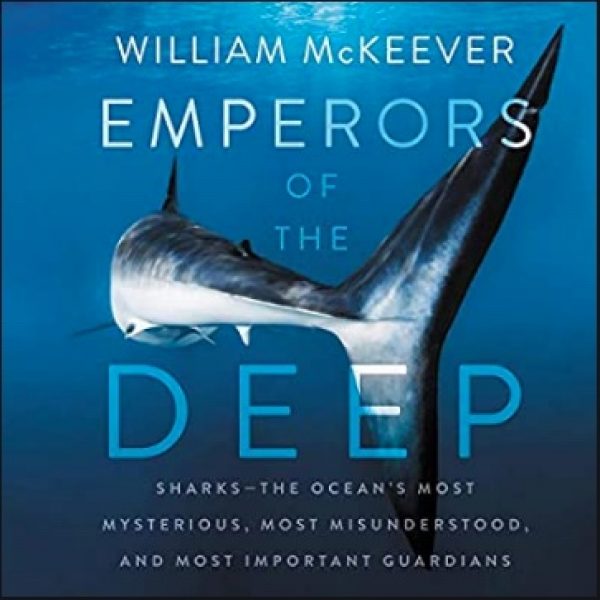 Emperors Of The Deep: Sharks — The Ocean’s Most Mysterious, Most Misunderstood,
and Most Important Guardians

Sharks: Emperors Of The Deep with William McKeever

Join HealthyPlanet’s Bob DiBenedetto for a revealing and fascinating conversation about our relatives in the sea–sharks. He is joined by William McKeever, author of the new book, Emperors of The Deep: Sharks—The Ocean’s Most Mysterious, Most Misunderstood, and Most Important Guardians.

This show takes a deep look into how these magnificent creatures are truly evolutionary marvels whose abilities will amaze you, while dispelling the narrative about sharks (from Jaws to “Shark Week,) which claims they’re terrifying underwater predators. In 2019 there were five human fatalities, only two of which were confirmed as unprovoked. On the other hand, humans are responsible for unnecessarily killing over 100 million of these intelligent animals who play an integral role in maintaining the health of the world’s oceans—and, ultimately, the fate of our planet.

William McKeever will draw from his years of research to thoroughly address the question of how we can live in harmony with sharks. Listen to hear how you can be part of the much-needed solution.

WILLIAM McKEEVER is an author and filmmaker with a focus on ocean conservation. In his new book, Emperors of the Deep: Sharks – The Ocean’s Most Mysterious, Most Misunderstood, and Most Important Guardians (July 2019; HarperOne, ISBN 978-0062932990), McKeever is on a mission to raise awareness for sharks and protect the oceans. The book is the result of his two-year journey around the world to discover the real truth about sharks after seeing sharks killed at a shark tournament in Montauk, New York.

William is the writer and director for a feature-length documentary with the same title as the book. The film is a stunning look at the threats sharks face around the world. The film is finished and is forthcoming. He is also the founder of Safeguard of the Seas, an NGO devoted to ocean conservancy. The organization is dedicated to raising awareness to the plight of sharks through activism, advocacy, and education. He is a former Institutional Investor magazine All-American analyst, appearing on NBC, CNBC, Bloomberg, Wall Street Journal, and more. In 2017, McKeever produced and directed the feature-length documentary as companion to his book, Emperors of the Deep, which is slated for release in 2020. McKeever was born in Pittsburgh PA; he resides in New York City.

Hear The Healthy Planet Radio Show twice monthly at 6PM on the first and second Friday of each month, on WUSB, 90.1FM. Or Live Stream at: http://wusb.fm/