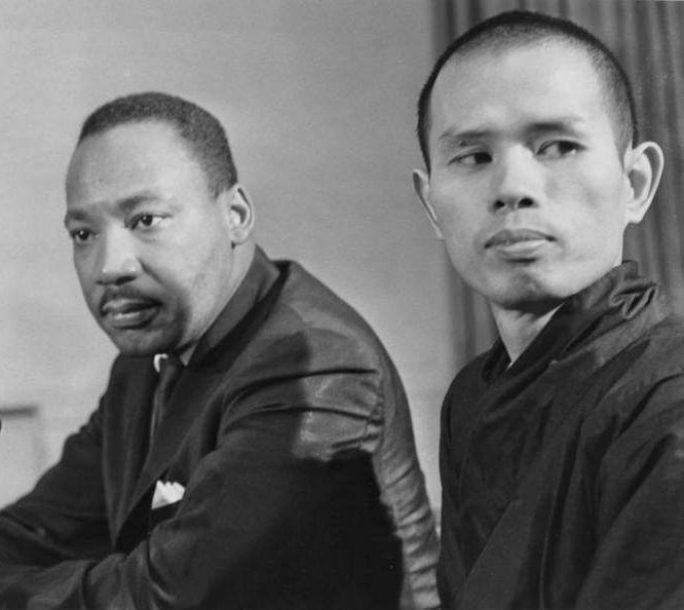 Join HealthyPlanet’s Bob DiBenedetto to hear and reflect upon the wisdom of the recently passed Zen Master Thich Nhat Hanh. Thich Nhat Hanh was one of the world’s most influential spiritual leaders and pioneer of the modern mindfulness movement. He was a prolific author and poet, having written over 100 books, translated into over 40 languages. Over five million have sold in the U.S. alone.

Thich Nhat Hanh has influenced leaders in the fields of politics, business, social justice, and environmental action. His latest book, Zen and the Art of Saving the Planet, was published by HarperCollins in October 2021. He was also a proponent of a vegan lifestyle for the animals and our ecosystem.

His bestselling titles include The Miracle of Mindfulness, Peace is Every Step, Anger, and How to Love. Often called “the father of mindfulness” who sowed the seeds of the mindfulness revolution, Thich Nhat Hanh taught many of today’s leading mindfulness teachers, and developed healing methodologies that are incorporated into mainstream clinical psychology to treat depression, anxiety, and stress.

He has spoken at the US Congress, the UK Parliament, the Indian Parliament, and the Northern Ireland Assembly. The tech billionaire Marc Benioff, the former president of the World Bank, Jim Kim, and the architect of the Paris Climate Agreement, Christiana Figueres, have credited his teachings with giving them strength and inspiration. Walk With Me, the documentary about his life narrated by Benedict Cumberbatch was released in 2017 and sold out in cinemas across Europe.

Thich Nhat Hanh first came to international prominence in 1966, when he arrived in the West to call for an end to the Vietnam War. He befriended Dr. Martin Luther King, Jr., and played a pivotal role in the decision of the civil right’s leader to speak out against the war. In 1967, Dr. King nominated Thich Nhat Hanh for the Nobel Peace Prize calling him, “an apostle of peace and nonviolence.” Thich Nhat Hanh was exiled from Vietnam for 39 years as a result of his peace work and returned only in 2018 to spend his last days in his root temple.

His work is continued by the International Plum Village Community of Engaged Buddhism which he founded: a global grassroots network comprising more than 1,000 local mindfulness groups, dozens of meditation centers, and ten monasteries in the U.S., Europe and Asia. His practice centers, home to over 700 monks and nuns, represent the fastest-growing Buddhist monastic order in the West, and receive tens of thousands of visitors every year. Thich Nhat Hanh’s monastic and lay followers continue to apply his teachings on mindfulness, peacemaking, and compassionate dialog, in schools, workplaces, businesses, and prisons.