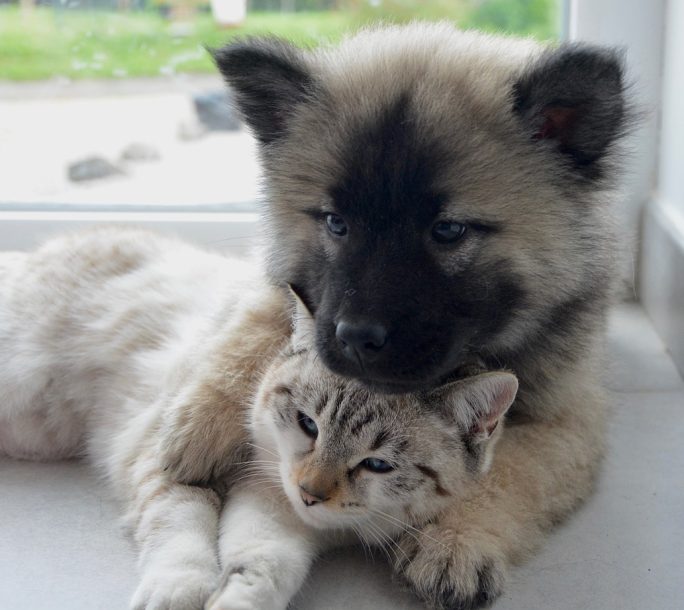 Hundreds of millions of people across the globe count dogs and cats as beloved members of their families. And most of those families feed their animal companions meat-based foods.

Until recently, the consensus amongst animal health experts was that our animals, especially cats, needed to eat other animals to survive and thrive. Unfortunately, this has left many feeling that they had no choice but to feed their animals this way, despite knowing the enormous toll that the production of animal products has on our food supply, environment, and farmed animals. That expert consensus, however, is now changing based on several new pieces of research that have compared the healthfulness of conventional meat-based diets to properly planned, nutritionally complete vegan diets.

Join HealthyPlanet’s Bob DiBenedetto for an interview with Andrew Knight, Veterinary Professor of Animal Welfare and Ethics, Founding Director of the University of Winchester Centre for Animal Welfare, researcher and author of two books on animal welfare, and a cat and dog veterinarian with many years of experience in general small animal practice. They talk about the ground-breaking results of his and other recent research conducted with thousands of dogs and cats, showing that they can not only survive but can thrive on a nutritionally-complete and balanced100% plant-based diet.

Andrew Knight also describes how recent research has revealed the surprisingly high global footprint of meat-based pet foods. This enormous demand for animal products leads to the same severe consequences as our raising animals to feed humans. These range from using vast acres of global farmland, (while hundreds of millions of humans do not have enough to eat), to greatly exacerbating the climate crisis, to destruction of the rainforests and biodiversity, to water and air pollution, resource depletion, and more. And, of course, it impacts the billions of animals raised and killed to create those animal products every year.

Listen to the new research that indicates that your companion animal may get healthier and even live longer by shifting away from conventional meat-based foods at every meal and toward a nutritionally-complete and balanced plant-based diet.

A healthy, just planet is ours to create. Listen in to get informed and become part of the solution!

His books include The Routledge Handbook of Animal Welfare (2022), and The Costs and Benefits of Animal Experiments (2011). He has around 150 academic and 80 popular publications, and an extensive series of social media videos, on plant-based companion animal diets, climate change and the livestock sector, invasive animal research, educational animal use, humane clinical and surgical skills training, and other animal welfare issues. Some have been published in leading scientific and medical journals, such as New Scientist, the British Medical Journal USA and PLoS One.

For nearly a decade prior to 2012 he practiced veterinary medicine, mostly around London. In 2013 – 2014 he Directed the Clinical Skills Laboratory and taught animal ethics, welfare, veterinary practice management, and surgical and medical skills at one of the world’s largest veterinary schools, located in the Caribbean.

He has delivered over 200 presentations at conferences and universities internationally, and has organized or chaired seven conferences and seminars. He regularly works with animal welfare charities to advocate for animals, and is frequently interviewed by the media.