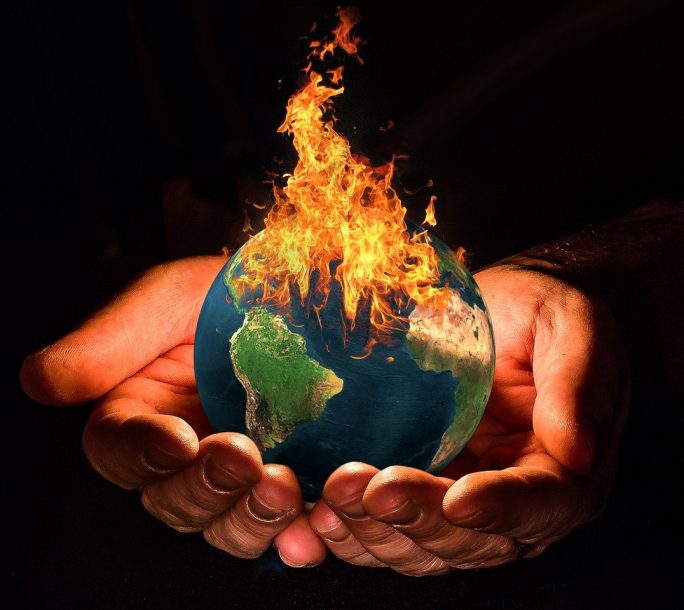 As the tragic war continues in Ukraine and the world is placing sanctions on all sectors of Russia’s economy, the price of fossil fuels, one of Russia’s main exports, is skyrocketing. This is leading some to call for more and more drilling, or the building of new nuclear plants. Such policies that perpetuate our reliance upon fuels that kill tens to hundreds of thousands of Americans each year, are short-sighted and make no sense in a world where wind, solar and energy efficiency are cheaper, technologically ready today, and would create millions of long term jobs.

Join HealthyPlanet’s Bob DiBenedetto to hear reflections on how the Russian invasion of Ukraine and the climate crisis are challenges that share a common cause, and therefore a common solution. Both are being fueled by the world’s continued reliance upon the burning of dangerous fossil fuels.

While the Russian attack on Ukraine has understandably had many of us fixated on our television screens, the release of the UN IPCC’s comprehensive report, Climate Change 2022: Impacts, Adaptation and Vulnerability, based on 34,000 studies by thousands of scientists across the globe has gone largely unnoticed. And yet, the consequences of climate change are serious on a global scale and our window to take effective action is rapidly closing.

This show features comments from top climate scientists who worked on the UN report, as well as highlights from another important, just-released study by Mark Jacobson from Stanford University, entitled: Renewable Energy: Zero Blackouts, Millions Of New Jobs.

Listen in to become informed, and to learn how to become a part of the solution–today!

“Today’s IPCC report is an atlas of human suffering and a damning indictment of failed climate leadership. With fact upon fact, this report reveals how people and the planet are getting clobbered by climate change. Nearly half of humanity is living in the danger zone – now.  Many ecosystems are at the point of no return – now. Unchecked carbon pollution is forcing the world’s most vulnerable on a frog march to destruction – now. The facts are undeniable. This abdication of leadership is criminal.”