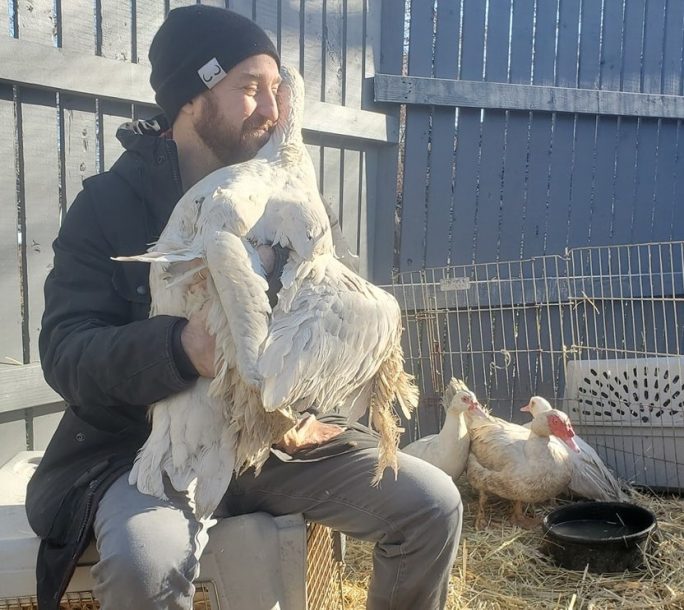 Join HealthyPlanet’s Bob DiBenedetto for a discussion with John Di Leonardo of Long Island Orchestrating For Nature (LION). They talk about John’s personal journey from gang leader to anthrozoologist and founding director of a leading Long Island animal advocacy organization.

They also discuss LION’s Riverhead shelter for domestic fowl as well as some of their major victories that have saved thousands of animals from abandonment, neglect, injury and death. These campaigns have shut down abusive operations from circuses to fur stores, to an aquarium, a slaughterhouse, and much more–resulting in a Long Island that is less than hospitable for those who profit from the suffering of animals.

Tune in to learn about these important issues, and to find out how you can be an effective voice for the animals by volunteering with or supporting LION’s work…today!

John Di Leonardo is an anthrozoologist and the founding director of Long Island Orchestrating for Nature (LION), having stopped massacres of thousands of deer and hundreds of geese on the Island, stopped a slaughterhouse and an aquarium from being built, and eliminating wild animal acts and rodeos at venues from New York City to the North Fork. A direct rescue organization as well as animal advocacy organization, LION operates Long Island’s only shelter for domestic fowl and saves hundreds of wild and farmed animals every year from abandonment, neglect, or injury, transporting wild animals to licensed wildlife rehabilitators for treatment and treating, fostering, and transporting farmed animals, mostly fowl—who make up 95% of farmed animals in the US—to reputable sanctuaries throughout the United States.

John holds a Master of Science in Anthrozoology from Canisius and a Bachelor of Arts in Psychology from Siena College, as well as a graduate certificate in Jain Studies from the International School of Jain Studies in India. John was formerly the Senior Manager of Grassroots Campaigns and Animals in Entertainment Campaigns at People for the Ethical Treatment of Animals (PETA). During his tenure, he had the pleasure of seeing Cole Bros. Circus fold its tents for the very last time, Ringling Bros. and Barnum & Bailey Circus shut down after 146 years, SeaWorld announce the end of its sordid orca breeding program, and the deadly Iditarod dogsled race lose half a million dollars in sponsorships. He previously managed day programs on Long Island for people with developmental disabilities and drove the Horseless eCarriage, a humane alternative to New York City’s cruel horse-drawn carriage industry.

John has been honored to receive awards from the Suffolk County SPCA, the Humane Society of the United States, People for the Ethical Treatment of Animals, and In Defense of Animals, as well as the distinction of being named Mr. February in Rescue Men USA‘s 2016 Calendar.