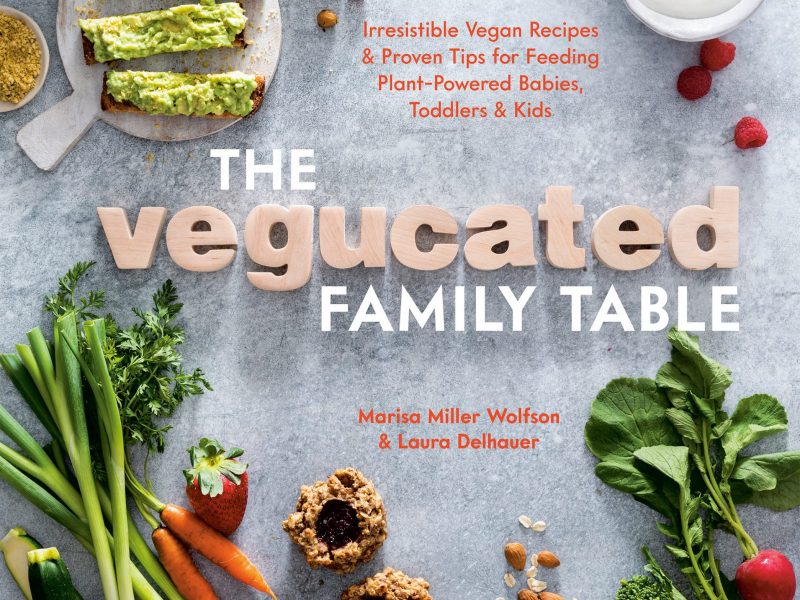 The trend toward eating a vegan diet has taken America by storm in recent years. This shift is taking place due to an increased awareness of the many benefits of eating a whole foods plant-based diet on our health, the environment, the animals, world hunger, resources, and much more. With this trend comes the need for trustworthy advice on how to raise the next generation of healthy vegans. And that’s the topic of this show!

Join HealthyPlanet’s Bob DiBenedetto and co-host Heidi Cohen for a discussion with film creator and author Marisa Miller Wolfson on some of the how-tos, joys, challenges, and benefits of raising plant-powered kids. Both Marisa and Heidi are parents with years of hands-on experience raising vegan kids.

Marisa’s new book, Vegucated Family Table was written to help you raise happy and healthy plant-powered children. It contains more than 125 family favorite recipes by Marisa, plant-based chef Laura Delhauer, and parents in the vegan community. For both vegans and the veg-curious, The Vegucated Family Table answers the question every caregiver ponders daily: “What should I feed my child?” But this book goes a step further, showing parents how to navigate the early years of childhood as a vegan, giving not only recipes and nutritional advice but also tips for holidays, packed lunches, play dates, and more.

Whether you’re a vegan parent who is looking for resources to raise a healthy, plant-powered child, or a parent who’s simply interested in including more healthful plant-based options for your non-vegan kids, you’ll want to listen in to hear more.

Just Some of The Topics Discussed:

• Why is talking about vegan parenting so important today?

• Strategies for vegan parents when faced with social and family challenges.

• Tips for having fun and satisfying plant-based holidays and other family gatherings.

• How to connect with other plant-based families.

SEE BELOW FOR USEFUL “RELATED LINKS AND RESOURCES!”

Marisa Miller Wolfson is the writer-director of Vegucated. This award-winning documentary that has screened at more than a dozen film festivals worldwide and won several awards, including best documentary at its worldwide premiere at the Toronto Independent Film Festival before becoming a digital bestseller and running on Netflix. As a vegan activist since 2003, Marisa has led workshops, given talks, and organized film screenings of vegan documentaries at universities, churches, and conferences all over North America. She is an honored recipient of the Farm Animal Friend Award by Farm Sanctuary and the Reel Change Award by the Coalition for Healthy School Food. When she isn’t chasing her kids around Central Park, Marisa enjoys baking and decorating cakes and pies for friends and family. She lives on the Upper West Side of Manhattan with her husband, two children, and two rescued goldfish.

Our Co-Host Heidi Cohen has been vegan since 1991 and is the mother of an 8-year-old vegan son. She has been involved in various forms of activism through the years, including co-owning a vegan restaurant and catering company, founding an AR group at a college, and working doing plant-based classroom presentations, among other endeavors.