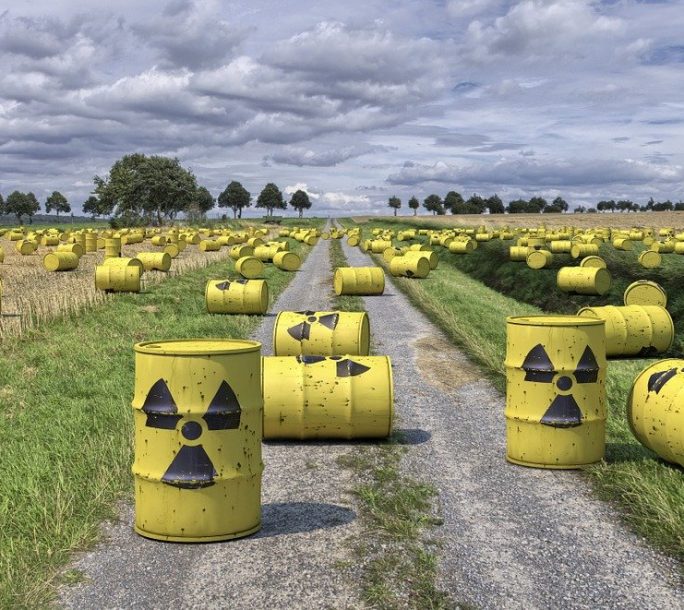 NUCLEAR POWER’S (ALMOST) HISTORY ON LI, AND THE CURRENT DANGERS FOR OUR WORLD

With Longtime Investigative Reporter, Author of six books, and Professor of Journalism:

With more frequent and intense storms and unprecedented wildfires and droughts, even staunch climate change deniers are finding it harder and harder to stand behind the mistruths they’ve been spreading for decades. So what forms of clean energy will fill the vacuum left by polluting fossil fuels such as natural gas, oil, and coal?  Some, minimizing the dangers, are suggesting that there’s a good case to expand our reliance upon nuclear power, despite it being more expensive than truly clean forms of energy from solar to wind and more.

Join HealthyPlanet’s Bob DiBenedetto for a discussion with Karl Grossman. Karl will give a first-hand description of Long Island’s nuclear power history and the misguided plans of decades past to bring this dangerous technology to an island where residents had no viable way of evacuating. Karl Grossman is a longtime investigative reporter, professor of journalism, and author of three books on nuclear power. He lived through and actively opposed the plans of the Long Island Lighting Company to transform Long Island into a “nuclear park” with nine or more nuclear plants. Listen to hear Karl describe the history of nuclear power on Long Island, as well as the dangers that this technology continues to pose to the world today–from nuclear weapons in space to a toxic waste legacy that will persist for millennia to come.

• a first-hand account of how Long Island almost became a nuclear hub.

• the planned nuclearization of space and the dangers posed by sending plutonium via rockets into space.

• the role Karl played in rallying opposition to Robert Moses’s grand plan to build a four-lane highway on Fire Island.

• how opposition effectively stopped a planned nuclear power plant from being built in NY City.

• how the carbon-intensive nuclear fuel cycle is not climate-friendly.

I’ve specialized in doing investigative reporting in a variety of media for more than 50 years. I teach as well as practice journalism. I’m a full professor of journalism at the State University of New York/College at Old Westbury where my courses include Investigative Reporting and also Environmental Journalism.

For 30 years I’ve hosted the nationally-aired TV program Enviro Close-Up produced by the New York-based video production company EnviroVideo. I’ve written and presented TV documentaries for EnviroVideo. These have included Three Mile Island Revisited, The Push to Revive Nuclear Power and Nukes In Space: The Nuclearization and Weaponization of the Heavens. Click on EnviroVideo on this website to go to the EnviroVideo website to see my many EnviroVideo programs — and view programs online.

I have also been the chief investigative reporter for Long Island-based WVVH-TV (www.wvvh.com). My documentaries for WVVH have included Renewables Are More Than Ready and Organic Farming: Can It Feed Us? All my WVVH documentaries are up on www.youtube.com.

I also write for the Manhattan Jewish Sentinel, Long Island Jewish World and Jewish Tribune. And I blog for The Times of Israel.

I’ve given presentations in the U.S. and around the world — focusing especially on energy and the environment — and I’m represented in lecture appearances by MacRae Speakers & Entertainment. I’ve also given presentations on the dangers of utilizing nuclear power and deploying weapons in space at the UN in Geneva and multiple times at the UN in New York. I’ve addressed members of the British Parliament twice on the space weapons issue.